The entire world woke up on Saturday morning, June 4 to the troubling news that the King was dead. The People’s Champion, Muhammad Ali, finally succumbed to the crippling Parkinson Disease that had ravished his body for the past thirty years. Instantly and all day long tributes and accolades poured in and were shared over radio and television. There was one particular theme that dominated the responses and that was Ali had become a man of the world; and he belonged to all the people. That is no doubt true, but before he became a hero to all races, he first was a hero to one particular race, Black Americans, especially Black men. Throughout his entire career, his most loyal fan base was the millions of Black men all over this country.

As a peer to the champ, having been born in the same decade, I feel qualified to share with the world what he meant to Black men throughout this country, long before he meant anything to the rest of the world. I don’t mean to slight any other group but he was one of us, and even at the height of his unbelievable career he constantly referred to his closeness with all Black men, not only in the United States but in Africa also. From that very night he defeated Sonny Liston and became the undisputed champion, we claimed him as the greatest long before the rest of the world did the same.

When he threw his Olympic Gold Medal in the river because he was refused service in a Louisville restaurant, this country criticized him while we Black men applauded his resolve to not put his own gain above that of the race. When he told the world that he was somebody, he was telling his fellow brothers of color that they also were somebody. When he claimed to be the greatest, his message to us was that we were the greatest, the very best that this country had to offer. We need only believe in ourselves. When he uttered, “If my mind can conceive it. And my heart can believe it. Then I can achieve it,” he was talking to every Black man in this country. 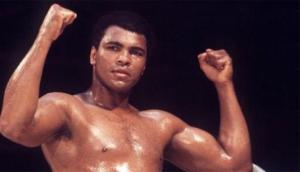 When he decided to join the Nation of Islam and change his name, the rest of the country found that appalling. We Black men didn’t care what religion he claimed as his own or what name he chose to be called. We just knew that he empowered all of us to stand up and fight back, against all the inequities of a system that had robbed us of our own rights, in a country that is much ours as anyone else. He made that point quite clear when he said, “I am America. I am the part you won’t recognize. But get used to me—Black, Confident, Cocky—Get used to me.

While this country was condemning him for his failure to support the Vietnam War, we were praising his courage to stand up to this system, and point out the hypocrisy of expecting Black men to go fight in a war against people “ain’t never called me a n****r.” His stand against that corrupt war cost him the crown of Heavyweight Champion. Bob Arum, a promoter of Ali’s fights during his early career, told a radio station that over 90% of the country opposed Ali because of his refusal to enter the draft. I would venture to write that over 90% of the Black men in this country supported him. To the Black man, he remained the champion because he earned it in the ring, and no one could strip him of that honor. Ultimately the United States Supreme Court vindicated him. But in our hearts and minds vindication was not necessary.  Our position as Black men on the issue was already where others had to catch up.

A fellow great athlete, Kareem Abdul Jabbar summed up what the champ meant to this country when he responded to his death. He wrote, “Today we bow our heads at the loss of a man who did so much for America. Tomorrow, we will raise our heads again remembering that his bravery, his outspokenness, and his sacrifice for the sake of community and country lives on in the best part of each of us.”

We as Black men bow our head now in reverence to a man we loved and respected from the first time he stepped into the ring to the very last moments of his life. He will always be our champion and an intricate part of our heritage and history far into the future. 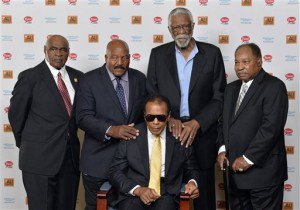