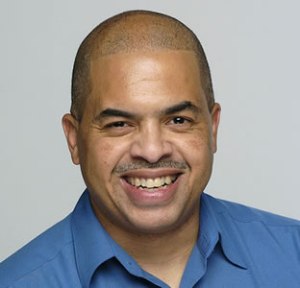 Last Thursday, I was surprised to read a Facebook posting by one of the most respected men in the San Antonio literary community. Cary Clack, who had served for the past year as Communication Director for Mayor Ivy Taylor, agreed to resign from his position. Cary is a native of San Antonio, who as a young intern at the King Center in Atlanta, Georgia, wrote a number of commentaries for the late and great Coretta Scott King for her appearances on CNN. He was a columnist for the San Antonio Express News for over seventeen years and served as District Director for the office of Congressman Joaquin Castro until he gave up that position to serve with Mayor Taylor. Cary is a brother who cares very much about his community and has always been one of the most principled human beings that it has been my privilege to know; and also a very polished and professional writer and communicator. Why he decided to leave the mayor’s office right at the beginning of her term is a discussion and subject he does not want to engage in publicly, because he does not want to become fuel for the fire of the Taylor haters and there are a lot of them in the community.

I believe Cary left he mayor’s office because he was not comfortable with his role. He is a writer and must feel free to express himself as he sees fit. That is what a good writer must do. Working for any politician, you must be willing to relinquish that kind of freedom and be nothing more than the mouthpiece for whomever you may work. One fact, however, is indisputable; Mayor Taylor lost a very good man when she lost our friend Cary. His character is reflected in the fact that just before Mayor Taylor decided to run for a full term in office, Cary was approached by executives from the University of Texas System in Austin about a job as speechwriter for the new Chancellor, General William McRaven, the man who led President Barack Obama’s successful operation to get Osama Bin Laden. He went to the mayor and asked what she planned to do and she then told him that she would run. He felt that his loyalty to her, in what would be a very hotly contested race, was more important than taking the job, and decided to stay put in her office.

Now that he has decided to move on, many in the community are wondering what is next for this man of many accomplishments. No doubt he’ll have a myriad of offers from various newspapers, possibly some national magazines and he already has one from Prosperity Publications. As a fledgling publishing company with limited resources, we are not in the position to offer Cary the kind of salary that his talent demands. But I do know he is the kind of person that we want to have as an associate, partner or maybe just a writer in our company. We want good, honorable people, who will not compromise their principles for financial gain. Writers who want to tell the story about our heritage and culture and in doing so make a positive impact on our race. Cary is that kind of person and the mayor should have done everything in her power to keep him in her office. But since she didn’t, some other literary entity is going to be blessed with a talented Black writer who will do great things for their company. 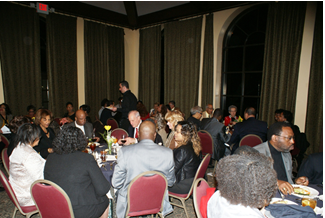 Last Saturday evening, one hundred men and women struck a blow against illiteracy when they gathered at the Club at Sonterra in San Antonio, Texas for a tribute dinner to our local authors and to the memory of the late Dr. David Floyd. School teachers, college professors, corporate executives, business men and women and elected officials came together and offered their support for the establishment of the Dr. David Floyd Writing Project, a proposed 501 c3 foundation dedicated to teaching young men and women the craft of writing fiction, non-fiction, poetry, screen writing and autobiographies. 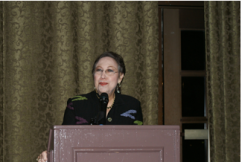 Our guest speaker for the event was Mrs. Aaronetta Pierce, one of the leading cultural giants in our community. She spoke eloquently on the value of one’s heritage and the importance of cultural sustainability as we reach the halfway point of the second decade of the twenty-first century. Mrs. Pierce, a very close friend of the late and great Dr. Maya Angelou, shared some of her cherished memories of that icon with us. Mrs. Pierce reminded us of just how fortunate we were to have a grand lady like Dr. Angelou as a contributor to the grace and beauty of our culture. She also read excerpts from her soon-to-be published, “Letters to My Grandchildren,” which traces her ancestry back to Tennessee and elaborates on her family’s many accomplishments, despite the extreme obstacles they faced in the racist South during their lifetime. Her message was with the love of family and with sheer determination one can realize their dreams despite obstacles. Her reflections on Dr. Angelou as well as her “Letter to My Grandchildren,” will be two of the key essays in the anthology, Black is the Color of Strength, to be released in April 2015 by Prosperity Publications.

David is no longer here to present to young adults what is possible if you are willing to try. He is a symbol of success against overwhelming obstacles. And that is why the one hundred guests at our dinner, along with our distinguished speaker and many thousands more have made a commitment to create the Dr. David Floyd Writing Project, as a vehicle to spread his story and assist others in their goals to become just as successful as him. Last Saturday evening was our first blow, but stay tuned because there are many more blows yet to come.

You will have the opportunity to read more about David’s fantastic accomplishments in his revised autobiography, Through My Mother’s Tears, to be released in May 2015 by Prosperity Publications. Once you read his story, you will know exactly why we plan to establish our writing project in his name.