Since this is Black History Month, I thought this would be a perfect opportunity to bring to your attention a glaring omission of a film about one of the greatest achievements of my race, and that was the successful establishment of an economically independent community in Tulsa, Oklahoma from 1908 to June 1, 1921. This was the dream of one man, John Baptiste Stradford who, along with O.W. Gurley put together a plan by which their businesses would encourage Blacks to spend their hard-earned wages in their community.  It was successful and all along Greenwood Avenue, you had various black owned businesses fulfilling the needs of their customers. Unfortunately, this was all destroyed when on June 1, a mob of over 7500 mad, vengeful, hate-filled white Tulsans invaded the city and burned down all buildings within a thirty-three-block radius. They also went on a murderous spree lasting for over seven hours that morning. 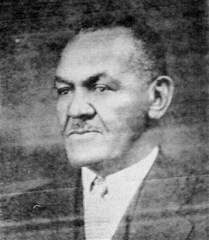 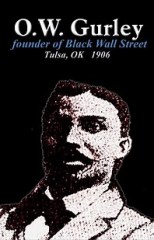 The most recent attempt to bring this history to the screen was done by Watchmen on HBO. The problem was that depiction was poorly done and leaves the impression that Blacks were running helter-skelter like frightened animals and it did a disservice to the brave Black veterans and other citizens of the community that put up a valiant fight before the airplanes came. These were men, like Stradford who always carried his pistol and once pulled a white man from his milk wagon and beat him thoroughly for making a derogatory comment about his color; men like Andrew Smitherman who owned the Tulsa Star whose motto printed on the front page of his paper was: “You Push Me and I Will Push You;” John Williams, a sharpshooter with his rifle, who owned an automobile repair shop, a confectionery and the Williams Dreamland Theater; and O. B. Mann, a veteran of World War I who believed that since he and the other veterans had gone to Europe to save democracy there, that they deserved the same treatment here and warned the whites in that town that the veterans would not tolerate any lynching of anyone while they were around.

None of these brave men, who fought the invaders valiantly, were mentioned in the Watchmen version of the historical event. What the writers of that short version failed to comprehend was the fighting spirit that grew during that particular time. Dr. Cary D. Wintz, a professor of History at Texas Southern University best described the feeling of Blacks at that time when he wrote about Claude McKay’s poem “If We Must Die.” He wrote that the poem was, “Forged out of the horrific interracial violence cascading through American cities in the summer of 1919, it exquisitely expressed the African American’s rage toward a country that sacrificed so much to ‘save the world for democracy,’ but forgot to save it at home.” McKay wrote in the strongest of verse:

If we must die, let it not be like hogs
Hunted and penned in an inglorious spot,
While round us bark the mad and hungry dogs,
Making their mock at our accursed lot.
If we must die, O let us nobly die,
So that our precious blood may not be shed
In vain: then even the monsters we defy
Shall be constrained to honor us though dead!
O kinsmen! We must meet the common foe!
Though far outnumbered let us show us brave,
And for their thousand blows deal one deathblow!
What though before us lies the open grave?
Like men we’ll face the murderous, cowardly pack,
Pressed to the wall, dying, but fighting back!

The Watchmen should have created their short depiction of what happened on June 1, 1921 through the poetic words of Claude McKay. That best described the “murderous cowardly pack,” and the brave warriors along Black Wall Street, who fought valiantly and held them off until the cowards utilized airplanes to drop turpentine-soaked bombs on the buildings and the homes. What must be highlighted is the fact that the men and women who fought the invaders were victors and not victims.

Why didn’t we see any of this in the Watchmen version? And why hasn’t a full-length film been produced giving an honest and truthful depiction? Because too often we as Black writers depend on others to tell our story. Exception, obviously to that rule is Spike Lee. But he is only one. We need to write about and produce stories of our history and not depend on any other people to do that. My genre over the past forty years, has been novels, but for the past ten years I have concentrated on writing historical novels. I have two to my credit and right now have started work on a third one.

However, through the encouragement of Laurel Stradford, the great granddaughter of John Baptiste Stradford, I joined with her with the goal of putting together a team that could produce a great screen play about her great grandfather and Black Wall Street.  Ms. Stradford was aware of my extensive research on the subject and my novel I wrote about Black Wall Street and the hate that destroyed it. She was moved with my re-creation of her great grandfather Stradford. She agreed that it was important that this story be told by a Black writer for a Black audience that could make them proud. We must do this for our young that will be viewing a future film titled ‘Defending Black Wall Street,” with a script that points out the heroes of our race that fought off 7500 mad men and even fought as best they could the airplanes, giving many of their families and friends time to escape North of the city to safety.

We were fortunate to have Adger Cowans a Black American Photographer Emeritus, who has also worked on a number of films to include Sea of Love, Ice Storm, Dirty Dozen and Danny Glover’s production 1994 Override; and Judith James, Partner in the Dreyfus/James Production Company in Hollywood, California, who also has outstanding credits to include producing Quiz Show, Mr. Holland’s Opus and Having Our Say, the Delany Sister’s First 100 Years that appeared on Broadway and as a film. The team worked for a year and a half, with me as the primary writer and Ms. Stradford the historian and Mr. Cowans and Ms. James lending their technical expertise to the script. We feel that we have now produced the best screenplay for a film long overdue on this subject matter. One of the most outstanding Black public relations firms, Purpose PR, headed by Andrew Wyatt has agreed with our assessment of the script and has joined us to help bring this screenplay to the attention of the public.

We have the best team possible to do this film and we are working diligently to get this through the pre-production stage to the production and finally the release on June 1, 2021, the commemoration date of the invasion. Please stay tuned because HERE WE COME!!!