A certain segment of this country fails to acknowledge that they have a sore called racism. It is a sore that just won’t heal. It has been around since the inception of this country and even before. It is a sore used as justification to invade Africa, steal its humanity and enslave a race of people for over 250 years. It led to the Black Codes after the Civil War and Jim Crow Laws after Reconstruction. The sore caused two to three Blacks to be lynched or burned at the stake every week in the South during the years from 1890 to 1917. It precipitated the Tulsa Massacre on June 1, 1921 when over 300 Black men, women and children were murdered, followed the next year with the slaughter in Rosewood, Florida. It is the same sore that gave us the Scottsboro Trials of the 1930’s, the lynching of Emma Till in 1955, the lynching of  Michael Donald in Mobile, Alabama in 1972, the slaughter of James Byrd in Jasper, Texas in 1998 and now in present day America, the killings of young Black men by Police Departments in many cities. 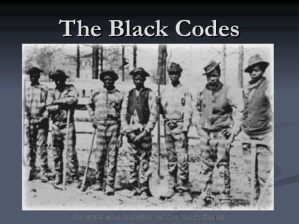 In his autobiography about growing up Black in the Jim Crow South, the late Dr. Benjamin Mays recalled his childhood in South Carolina. “If a Black boy wanted to live a halfway normal life and die a natural death, he had to learn early the art of how to get along with white folks.” Before Emmitt Till headed South to spend the summer, his mother counseled him on the proper behavior for a young Black teenager in Mississippi. She feared for his life if he failed to remain invisible. Today, in the year 2019, parents are still counseling their young boys on how to act while traversing what are assumed to be the free streets of America.

This soreness that has plagued white America over the centuries is based on an erroneous, but very arrogant assumption that the white race is some kind of a superior race over others and especially Blacks. Dr. W. E. B. DuBois wrote that the idea of superiority based on skin color evolved out of Europe and Winthrop D. Jordan in his work White over Black wrote about the color of white possessing much more intrinsic good and value than the color of black. The notion of white superiority served a valuable purpose during slavery for it served as a justification for the brutal treatment of Africans by Europeans. It continued to serve the same purpose after the Civil War as whites continued their brutality. Today, superiority of white racism serves no particular purpose, but the sore just seems to hang around and fester like the “Raisin in the Sun.” 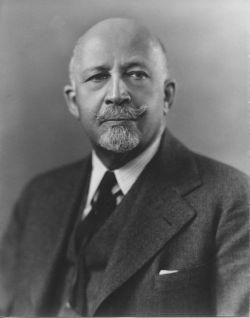 White America has desperately tried to pass on that sore to other races especially Blacks. They claim men like the Honorable Louis Farrakhan are racists. But nothing is further from the truth. His criticisms of the white race are not because he believes that he is superior to them based on skin color, but only on what he observes as their participation over the centuries in the oppression of Blacks. Before Farrakhan, they tried to pass on their sick sore to Malcolm X, but it just didn’t stick. In fact, even Dr. Martin Luther King Jr., was accused of being a racist by the racists. Try as they may, they just cannot jettison that sore. It belongs to them. 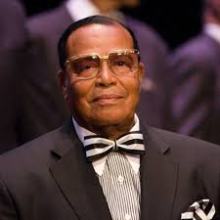 For the eight years that President Barack Obama occupied the White House we all believed the sore had gone into remission. But with the election of Donald Trump it has resurfaced with a vengeance. How long it will remain active depends on what White America decides to do in 2020. It is their choice to make. They can, “Do the Right Thing,” and toss the racist president out and finally begin the healing process for a sore that has plagued them and made a mockery out of their perceived democracy or they will continue to suffer as they have for over four hundred years. We all are pulling for the former choice to win because we do care for and love this country but are resolved to the strong probability that the second choice will prevail. That seems to be the nature of America’s worst sore and racism may be destined to be with us for a very long time into the future.