You should have known David Floyd. In fact, the entire world should know of David Floyd and what he accomplished in his short 44 years here on earth. He came through life like a firestorm, overcoming some of the most horrendous obstacles any person should confront. You should have known David Floyd because according to statistics, David should have been an abject failure, ending up strung out on drugs, doing time in prison, and a disgrace to his family, his race, and his culture. But instead, David became a success in every measure of the word. I can’t really say he beat the odds because the odds were never an obstacle to him. He rejected any possibility that the odds would dictate the outcome of his life. 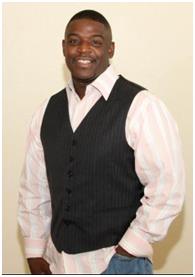 I had the pleasure of meeting and knowing David Floyd. He attended a creative writing workshop I conducted back in 2008 in Austin, Texas. Of all the attendees, he took the lead in challenging my specific points of writing that were a part of my lecture. After it was all over, he came up to the podium and informed me that he planned to write his autobiography. Having conducted these workshops for years, it was common for one of the attendees to inform me that they had the perfect story to tell. As usual I asked him what is the compelling force, working in favor of his story, being the very one that people all over the country would want to read? And what he told me, is the reason you should have known David Floyd. This man graduated from high school reading at the second grade level, but had since received his Master’s Degree in Accounting from the very prestigious Bentley College in Amherst, Massachusetts, and his Doctorate Degree in Business Administration with a concentration in Accounting.

I was totally taken aback by this young man’s story to the point that, at first, I doubted the veracity of what he was saying. But I did know that if what he told me was true, he had a story to tell the entire country. I soon found out that all he had shared with me was true, but that was just the tip of the iceberg of his life. David was confronted with all the pathologies that accompany poverty, a single parent home, a mother’s struggle to feed five children, a father whom he hardly ever saw and when he did was embarrassed by the man’s demeanor and frightened of his meanness, an education system that passed him on from grade to grade; all the time aware that he could not read.

Despite these overwhelming obstacles, David did not ever lose confidence in himself. He may have lost it in many people who were supposed to be there to help him instead hindered his growth, but he never lost it in himself.

David and I began to meet once a week as I had agreed to assist him with his writing. At that point in his life, he felt comfortable with his ability to scratch out a rough draft of the story and I was to assist in the refinement of the product. Over the two years time we spent working together, my admiration and respect for this man constantly grew.  He shared the horrible occurrences that happened all around him from a very early age. His one consolation and escape from reality was basketball. Like so many other young Black boys he dreamt of someday playing in the NBA and spent all his spare time on the playground with his closest childhood friend, J.B. playing basketball.

However, by the time he was an adult, reality had set in as it does for thousands of young Black men who dream of being a star in the NBA, and he recognized that stardom of that venue was not to be. But what he didn’t yet realize was that another corridor to stardom awaited him. He would soon become an unsung hero, not the kind of hero who you read about in the newspaper or see on television, running for touchdowns, scoring fifty points in a basketball game, or hitting home runs in the major league. His heroism would be much greater than those feats. His heroism would be taking on a system designed for his failure and beating it at its own game. This system had a cell waiting for David in one of its many prisons. This system had a gun waiting for David, so that he could either take the life of another young Black like him or become a statistic himself. This system had plenty of drugs waiting for David, so that he could get lost in the world of crack cocaine or heroin making him of no use to his family or his country. And this system had death waiting for David so that his life would end without any accomplishments at all.  But this system did not know David Floyd. They could not dictate his behavior, or his outcome based on the statistical data they constantly collect on young boys growing up in poverty.  And that is why David Floyd is a hero and that is why you should have known him.

Hopefully someday his widow, LaTisha Blanchard Floyd, will make his autobiography, Through My Mother’s Tears, available to the world. Also, someday Hollywood will realize that it is stories like David’s that must be made into movies instead of the trash stories glorifying drugs and other pathologies destroying the Black culture. Only then will David’s battle he fought and won for all us, get the credit it deserves. 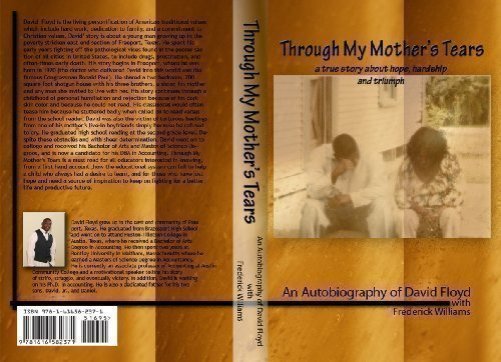