In a recent Reuters Poll conducted between March and June 2016, 16,000 European Americans were interviewed regarding their perceptions of African Americans. The poll was a result of both political candidates for President throwing negative comments at each other, regarding their positions on racial issues. Donald Trump has called Hillary Clinton a bigot because of her failure to support any meaningful change for Blacks. And Hillary Clinton accused Trump of normalizing white nationalism, and his failure to reject outright support from racist David Duke.

The European Americans involved in the poll were divided between those who support Trump and the ones supporting Clinton. Both groups were asked the identical questions, and the results are staggering.

32% of Trump supporters viewed Blacks as less intelligent than whites.

40% of Trump supporters viewed Blacks as more lazy than whites.

44% of Trump supporters viewed Blacks as more rude than whites.

49% of Trump supporters viewed Blacks as more violent than whites.

46% of Trump supporters viewed Blacks as more criminal than whites.

Now we might argue that these statistics are not that surprising coming from Trump supporters, but what makes this poll so frightening is when the same questions were asked of Clinton supporters.

22% of Clinton supporters viewed Blacks as less intelligent than whites.

25% of Clinton supporters viewed Blacks as more lazy than whites.

30% of Clinton supporters viewed Blacks as more rude than whites.

31% of Clinton supporters viewed Blacks as more violent than whites.

32% of Clinton supporters viewed Blacks as more criminal than whites.

When we remove the Trump/Clinton factor and combine the two groups as one, it becomes very clear that a large percentage of European Americans’ perception of Black Americans is anything but acceptable. This absolutely staggering arrogance from a race of people that have no right to make such assumptions, is overwhelming. When we view each of these characteristics over time, it becomes very clear that European Americans suffer from a serious case of hubris.

These findings are so ludicrous I shouldn’t bother to even respond. But at some point, you begin to seriously wonder for how long can these distortions of reality continue to exist within the minds of European Americans? Are they so narcissistic that they actually believe their perceived superiority over Blacks in each of the listed categories? Probably not one of the 16,000 could come close to matching the intelligence of a Dr. W. E. B. Du Bois, Dr. Ralph Bunche, Dr. Cornell West, Johnnie Cochran, President Barack Obama, Michelle Obama, Maya Angelou, Toni Morrison, and the list of brilliant African Americans could go on for page after page. 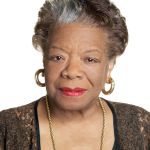 The perception that Blacks are lazier than European Americans would be laughable if it wasn’t so pathetic. African Americans have always been hard working men and women. How do you think it was possible for slave owners to spend the afternoon drinking mint juleps, and at night raping Black women if the African American wasn’t doing all the work? After slavery, the same pattern continued under share cropping. Because of a skewed economic system in which most of the wealth and land has accrued to European Americans, Black Americans have always had to work harder for less economic gain in this county. Our ancestors had to, “make a way out of no way.” They worked longer hours for less reward but never gave up on life. And work, we have for generations.

Can someone please explain to me how you measure rudeness? Who determines when an individual is being rude? I guess Sandra Bland was being rude when she refused to put out her cigarette in her own car. I guess San Francisco 49er quarterback Colin Kaepernick is being rude because he refuses to stand for the National Anthem. Maybe Tommie Smith and John Carlos were also being rude when they held up gloved clinch fists, while the National Anthem was being played at the 1968 Olympics. Or maybe Muhammed Ali was rude, tossing his Gold Medal in the river when he returned from the 1960 Olympics and was so disgusted with how his people were being treated. It might be something much simpler than that. We no longer tip our hat to white folks when we pass them on the street, or don’t bow our heads when coming in contact with a white woman. And we no longer say “yes suh, yes ma’am, when responding to some European Americans question. And we have the nerve to get on the bus and sit wherever we want, instead of waiting for European Americans to board first and take their seat. The same holds true for trains and airplanes.

The category dealing with violence was the most shocking of all. The pogrom of Native Americans, the slaughter of millions of Africans in the middle passage from Africa, the brutal treatment of Blacks during slavery and the incredible large number of lynching of Blacks, Hispanics and yes some European Americans (they lynched their own people) makes a mockery of the findings in this category. European Americans undoubtedly rank at the very top of the list of violent people in modern civilization.

Finally, there is no worst crime in the history of civilizations than stealing someone’s freedom. It is estimated that up 25 to 50 million Africans were taken from their homes and forced on slave ships, where approximately half died before they reached the shores of America. That was murder and murder is a crime. And if that is not sufficient to establish that no race has committed more crimes than European Americans, then the beating, raping, and often killing of African Americans during and after slavery as well as the shooting and killing of over 130 Blacks in the first six months of 2016 by the police, should be. How about the slaughter of innocent Native Americans over the centuries, based on the concept of “white man’s burden,” or “manifest destiny” as additional proof?

Under the concept of hubris, an individual (or a larger body of people) will deflect their own insecurities and weaknesses to another person or body of people. That is exactly what European Americans have done for decades, and usually the recipients of those insecurities have been Blacks. The findings in the study done by Reuters proves that same practice still exists. My larger problem is that these people make up a substantial percentage of those who support the two primary presidential candidates. And because they do and I am not sure the candidates care about these perceptions among their followers, borrowing from Shakespeare’s Romeo and Juliette, I say, “A pox on both their houses.”

One thought on “A POX on Both Their Houses”