I have to admit that I actually sat and watched the HBO movie, Confirmation, for two hours. It made absolutely no sense for me to sit through that poor rendition of the Anita Hill/Clarence Thomas confrontation back in 1991. I guess one reason I did it because the basketball games were all rather boring and Wendell Pierce is a pretty good actor and also I had the opportunity to watch Kerry Washington doing something other than jumping in a married man’s arms.

Now that it is over, I really should have done something more meaningful like work on editing the screenplay that a screenwriter just completed of my novel, Fires of Greenwood or maybe did some more research into my next major project on the life of Bayard Rustin. I did none of those things, but just sat there and wondered why Wendell Pierce would play the role of Clarence Thomas and therefore increase his likeability as a Black man and Supreme Court Justice.

Pierce’s portrayal of Thomas as a strong, determined and unapologetic Black man was quite impressive but I do not believe it to be very truthful. Pierce almost convinced me that Thomas was telling the truth and Anita Hill had been used by the Thomas haters to curtail his nomination. In the final analysis, however, I don’t believe that to be truthful. One only need to study Thomas’ attitude toward his own people and his voting record on issues of importance to Black America to know that he probably would disrespect a Black woman while all the time showing all respect toward his white wife. 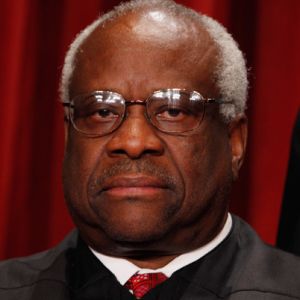 Thomas has always struck me as one of those many Black men who run as far away from their blackness as is possible (with the exception when they can use it to their advantage as Thomas did with the claim of a Technological Lynching or some words to that affect). While working for Senator Danforth (R. Missouri) on Capitol Hill, he certainly avoided any contact with the other Black staffers to include me. For the three years that I worked for Senator Birch Bayh (D. Indiana), I helped organize a group called the Black Senate Staffers. Our goal was to meet once a month and invite some leading Black spokesperson to talk with us about the major pending issues of Black America. During our sessions we had such leaders as Benjamin Hooks, Jesse Jackson, Coretta Scott King, Bishop Desmond Tutu and the highlight of all our sessions was when Supreme Court Justice Thurgood Marshall spoke to our group. We invited all Black Senate Staffers to join us, regardless of political affiliation. And we did have staffers from both Democrat and Republican Senators participating because we managed to put race issues above politics. Clarence Thomas never made one of our sessions, even though he was told about them on every occasion.

On another occasion, Thomas wrote an article for a local conservative newspaper in which he excoriated welfare recipients to include his sister. There was very little doubt among many of us in Washington D.C. that President Ronald Reagan appointed him Assistant Secretary for Civil Rights in the Department of Education and later as Chairman of the Equal Employment Opportunity Commission for the sole purpose of sabotaging civil rights operations in both agencies. Reagan was not a strong proponent of civil rights. He was later nominated and confirmed to the U. S. Court of Appeals for the District of Columbia Circuit, a judgeship for which he lacked strong credentials. And then in 1991, President Georg H. W. Bush nominated him for the United States Supreme Court to ironically fill the vacancy created when Thurgood Marshall resigned. A lion was replaced by a lamb. One of the strongest lines in the HBO movie occurred when Attorney Charles Ogletree told Anita Hill that, “he had law students more qualified than Thomas.”

Thomas has risen to the top on the backs of his own people, a people who he rejects and feels no obligation to consider their best interests when deciding how to vote on issues important to the race. It doesn’t take a quantum leap to reach the conclusion that this man probably has very little respect for the race, and probably none for the women of the race. We all know of the long history of white men abusing our women, abusing their integrity with all kinds of sexual innuendos and often acting them out, while all along treating their women like the Virgin Mary. Because Thomas appears to have such a low self-esteem of his Black skin and of his race, and because he appears to admire the white race, it is easy to assume that he would treat Black women in the same disrespectful manner as white men have done for decades. 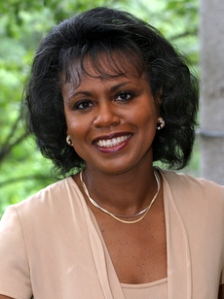 As an actor, Wendell Pierce gets into the art of his role and probably not into the image he might create of a specific character. That had to be the case with this portrayal of Clarence Thomas as a strong Black man, who was being treated unfairly by a system that was out to get him. But for those who have known the man in the past and those who have studied his behavior over the years, we are aware that Pierce’s characterization of Thomas lacked credibility. To that extent, he did us a dis-service, as he practically made Thomas a hero or someone to be admired because, in reality, nothing is further from the truth