Since March is Women’s History Month, I thought I might reflect back over the past century to consider what one particular woman best personified the beauty, morality and dignity of the Black Woman within the public arena. There is a very large selection of my beautiful sisters that meet my criteria. But I have chosen the one individual who I believe easily passes the test and that is Lena Horne. One would be hard pressed to argue with my selection. What makes her such an important figure is not necessarily her beauty and her talent, but the position she took regarding the kind of roles she was willing to play on stage and in movies, and the positions she took in opposition to apartheid in this country and imperialism and colonialism internationally. 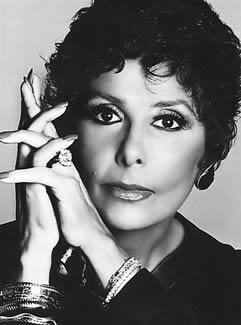 Lena Horne placed the perception of Black women above her own career growth. She moved to Hollywood, California in 1940 and became the first Black actress to sign a seven-year contract with Metro-Goldwyn Mayer studio. However, unlike many Black actresses today, she made it quite clear that she would not play any roles she felt were demeaning to Black women in any way. In 1943, she accepted the role of Georgia Brown in Cabin in the Sky. This is the same role performed by Katherine Dunham on stage. That same year, she would also star in the film, Stormy Weather, a musical based on the life of Bill Bojangles Robinson and celebrates the Black music of the Harlem Renaissance, with appearances by Fats Waller, Cab Calloway, and Katherine Dunham.

During World War II Ms. Horne agreed to perform for the troops but when she protested against segregation in the military, her performances came to an abrupt end. In 1946, she participated in a rally held in Madison Square Garden protesting against colonialism. She was also the target of the infamous Senator Joseph McCarthy’s red baiting Senate communist investigation of the 1950’s. Her name, along with great entertainers like Paul Robeson, was placed on the black list of performers accused of aiding communists. She and Robeson spoke out against the atrocities of segregation in this country, and as a result both their careers suffered. Again, she put the interest of her race above the advancement of her own career. How many Hollywood stars today would make the same sacrifice?

One of the real ironies that can exist within a historical context happened when, during the 83rd Academy Awards, a tribute was paid to Lena Horne but the actress chosen to make that tribute was Halle Berry. What makes this ironical is that Berry received an academy award for a role that Lena Horne, undoubtedly, would have refused to play. It takes a stretch of the imagination to visualize Ms. Horne playing the role in Monster Ball that won Berry the award. For that matter, it would also take a stretch of the imagination to see that great lady playing Olivia Pope in Scandal or Cookie in Empire. Can you just imagine, Ms. Horne turning her hind side up to someone and exclaiming, “You don’t have this,” and then popping her butt.

Integrity must be a key consideration in the evaluation of one’s fitness to be considered great. More than any other attributes, Lena Horne possessed an inordinate amount of integrity when she considered her responsibility as an image-maker for Black women. When she sings, “Believe in Yourself,” to Dorothy in the Wiz, she is really singing to young girls of all races and cultures and the words ring true in terms of her life. She did not have to sacrifice her ethics or morals in order to become a star; she only had to believe in herself.

One thought on “A Woman of Dignity and Integrity”