In Chinese philosophy, yin/yang conceptualizes the existence of the totality of nature as a whole made up of two sometime complimentary parts and sometime opposite. The philosophy dates back to the Yin Dynasty (1400-1000 B.C.). It is key to understand that yin/yang are not separate but actually are complimentary. When people see things as beautiful, ugliness is created. When people see things as good, evil is created. 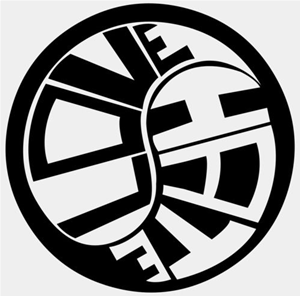 I don’t mean to elaborate on the philosophy behind the yin/yang but only to borrow the concept as a method to elaborate on what is happening within the African American culture. The point to be made here is that the Chinese contrasts exist within most cultures. There is the good and bad, the beautiful and ugly, and the love and hate. That certainly is present today in the African American culture. A couple tragic examples are all that is necessary to demonstrate its presence. 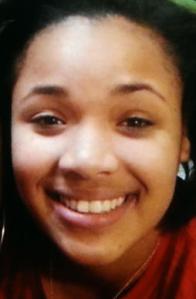 The beautiful, the good and the love were personified in young Hadiya Pendleton in 2013 when she traveled with her school band to participate in many of the festivities surrounding the second inauguration of President Barack Obama. “It was the highlight of her young 15 year old life,” Senator Richard Durbin (D. Ohio) said at a hearing on gun violence in the United Senate. Hadiya was an honor student at King College Prep High School in Chicago, Illinois. She planned to travel to Europe in the spring with the school band. Her cousin described her as a “walking angel.” Hadiya was a part of the very best we have within our race to perpetuate the positive image of our culture.

Less than a month after she returned to Chicago from the celebration in the nation’s capital, this beautiful princess was gunned down at a Chicago park. She and about twelve other students had taken shelter from the rain when evil approached the crowd and opened fire, striking her in the back.  In this instance, the hate, the ugly and the evil won out over the beauty, good and love. And when Hadiya died that day a part of all of us died, including the shooter even though he may not recognize her death as his loss also.

One additional incident also substantiates the battle we confront between the good and evil within the Black culture.  This past Martin Luther King Jr., birthday celebration in San Antonio, the city sponsored one of the largest marches in the country. There had to be at least 200,000 participants from most of the communities, organizations, schools and churches not only in the city but surrounding communities, also. It was certainly a show of solidarity and love among the participants. A real sight to behold. We could see, feel and experience the beauty of that day. Other cities had similar events from church services to theatrical dramatizations of that great man’s life.  One can surmise that the Black culture was on display in its entire splendor. 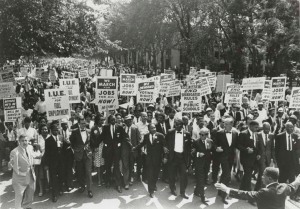 However, that night after the march and on the same street about one mile from the park where the celebration was held, there was a shooting. Two young black men were killed and four others injured. A few more miles from that incident there was another shooting. Later that evening there was an additional exchange of gunfire. It was the ugliness destroying the beauty on display earlier in the day. That seems to be an unfortunate pattern that now defines the totality of the African American culture in this country.

The danger we are confronting is manifested in the yin/yang, and that is at any given point, one of the two will dominate. But there still has to be a perfect balance. In other words if yin becomes stronger, yang is weakened. In Chinese culture, yin characterizes the negative nature of things and yang the positive. Within our culture the yin seems to be gaining momentum. Much of what we read, the programs on television, and the music reflect the yin whereas we get only portions of the yang, with movies every once in a while like Selma and Twelve Years a Slave. If you happen to drive down any inner city street the music you will hear blasting out of the cars will be songs like “I’m in love with the CoCo,” obviously a song about crack cocaine. The yin is on the rise and yang is in retreat.

This past October, nearly a million Black men gathered on the Mall in Washington, D.C. These men represent the good of our culture and they have made a commitment to fight, with all their power and energy, the negative forces we all confront when one of our youth are murdered in gang warfare or shot and killed by America’s many different police departments. It doesn’t matter who pulled the trigger, the result is the same. But we need much more than a million men gathering in one place to pledge their support for change. We must all begin to act in our own way. Not all of us will take leading roles in the fight to save our culture but we all can do something, no matter how small or how large.

As we near the end of what has been a very difficult year for our race with police shootings and gang violence, we should make a pledge to carry out some act with positive implications. As the Executive Editor of Prosperity Publications, my commitment is not to publish any literature that perpetuates the negative yin, but to produce only works that accentuate the positive yang. Our initial publication for 2016 will be Black Is the Color of Love, an anthology of beautiful short stories written by some outstanding writers.  Over the year, we will release at least five works in all genres, along with the six already listed on our website (Prosperity Publications), and hopefully these books will serve as a catalyst for other publishers to do the same. In doing so, maybe we can begin a deluge of books that attempt to make sure the balance in the yin/yang leans toward the latter. 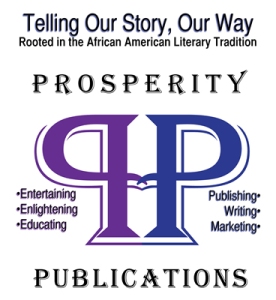