Willa Mae Williams will not have her name engraved anywhere in the National Museum of Black History and Culture. There will be no statue of her. In fact, she will receive no individual recognition for her grand achievements over the ninety-six years she was here in this world. But for me, she is the real heroine as was her husband, Bill Williams who passed in 1996, twenty years before she left on September 28, 2016.

You see, Willa Mae sought no glory in this world. She led no causes, didn’t march in any of the civil rights protests in the 1960’s. Instead, Willa Mae dedicated her life to raising her children, being a great mother and a dedicated wife. Despite her absence from the marches and the fact that there will be no monuments built in commemoration of her life, she was the foundation of the Black culture in the roles she so magnificently fulfilled. But she was no different than millions of other Black women, who quietly went about living their lives, raising their families and trying to make this a better place to live, despite the myriad of obstacles they confronted in some of the most turbulent years following the eradication of slavery. 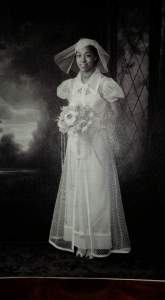 As a young girl of thirteen, she participated in what has come to be known as the great migration of Blacks out of the South and up North. Evidently around 1933 while still living in Harrell, Arkansas, some European American woman saw my mother and told her grandmother, “Oh that is such a cute little n****r, I think I want to own her.” Sound rather incredible. But you can rest assured those kinds of things happened in a back country village like Harrell, a place that no longer exists. That’s all her grandmother had to hear, because within weeks they were out of Arkansas and arrived in Saginaw, Michigan, a small General Motors town, one hundred miles north of Detroit. It is there in 1936, she met a young, handsome man, Bill Williams, who was born and raised in Saginaw. He asked Willa Mae’s mother if he could take her to the movies on one bright Sunday afternoon and she told him yes. The next year, he asked her mother if he could take Willa Mae’s hand in marriage. The answer again was yes and on June 6, 1937, they were united as husband and wife and the rest is history.

They remained married for 59 years, raised four children, two boys and two girls. In the true meaning of the word, they became one in love. It was because of Willa Mae’s commitment to her children that we all went on to make her proud of our accomplishments. I completed all the work for a Doctorate Degree from Indiana University, worked as a Legislative Aide to Senator Birch Bayh and Congressman Parren Mitchell, helped establish the African American Studies Minor at University of Texas at San Antonio, and have written four novels, ghost written four autobiographies and edited two anthologies. My sibling’s accomplishments are similar in achievement to mine. And we owe this success to a young girl who only finished the eighth grade in formal education. 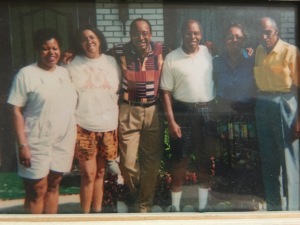 There is something very special about the Black mother in America. She has carried such a burden but has handled it with grace, love and dignity. Many of the mothers in Willa Mae’s generation didn’t have college degrees and often not high school diplomas. But they had a special sense of knowledge and understanding about the trials and tribulations of this life, and desperately tried to pass those qualities onto their children.  Over the centuries, from the slave mother giving birth to a child knowing the misery they would confront, to the contemporary mother trapped in a web of poverty also knowing the struggles their child will confront, these matriarchs of the race have never failed to provide us with an everlasting love. And that is exactly what Willa Mae provided to me, my brother and two sisters. And for that love I will always appreciate, respect and love her.

My mother, Willa Mae Williams has gone on to be with her husband, but not for another 59 years like they spent together here on earth but instead for eternity.

Willa Mae Williams just had a hip replacement on this past Monday and by Friday she was up and walking. What makes this worth writing about is that Willa Mae is 94 years old, and she has no plans of slowing down once she completes her rehabilitation.

Born in 1920 in a small southern town in Arkansas, Willa Mae was part of that great migration of Black Americans who left the South during the early part of the Twentieth Century and moved North, seeking better opportunities and escaping from the ugliest aspect of American racism. She arrived in Saginaw, Michigan in 1933 and by 1937 had married Bill Williams, who was five years older. Their union was a synthesis of the traditional southern culture with the emerging northern culture. She was 17 when she married her husband and 76 when he passed away. Willa Mae dedicated her entire life to her husband and to raising her family.

Willa Mae’s mother, Lucy Perry, at the age of 39 lost her husband to tuberculosis one month before giving birth to her youngest son. At the time she had two teenage boys, one teenage daughter and a baby still at home. Despite the tremendous hardship she confronted, Ms. Lucy raised her sons and daughter by herself. Nina Williams, Willa Mae’s mother-in-law, married George Williams in 1912 and stayed married to him until his death in 1962. She gave birth to five boys and three girls and dedicated her life to raising her family, also.

Willa Mae Williams, Lucy Perry and Nina Williams are no different than millions of beautiful Black women who, over the decades, have dedicated their lives to the family. They have been the glue that has held our culture together. These three Black women are the ones that took time to raise my brother, two sisters and me. I am sure that all my readers have similar mothers and grandmothers that assisted them in the navigation through this life. Oftentimes their biggest fears would be that their children would face a hostile environment and respond to it in a negative way. And that negativity could get them locked up or killed.

The burden of mediating with their children to keep them out of harm’s way, has weighed heavily on the Black mother from slavery to the present day. Often times slave mothers would prefer to whip their children than to have the overseer or oppressor do it. Leon Litwack in his historical work, Trouble In Mind, writes that, “During slavery parents were helpless to protect their children from a whipping and they were sometimes compelled to inflict the punishment themselves in the presence of whites to teach the disobedient child a lesson—and to avert even harsher punishment if meted out by the overseer or owner.” (Leon Litwack, Trouble In Mind, Vintage Books, New York, 1999, pg. 25)

After Emancipation, the problems increased because a generation of young Blacks born into freedom never accepted the rules of segregation and often rebelled against them. Black mothers again took on the burden of explaining to their young why they could not talk back to a white person or fight with a white boy, even if they were attacked. This often caused a great deal of conflict between the mothers and their children.

But through it all, the Black mother never lost her grace and dignity. She brought us up the rough side of the mountain and made it possible for her children to prosper and succeed in life, despite all the inequalities of this society. For that reason, I suggest that during this season of giving, we all give the greatest gift possible to our mothers, grandmothers and in some cases great grandmothers, and that is the gift of love. That would mean so much to them, who have given so much for us. Despite all the hardships, suffering and pain, if they can only hear four ingratiating words from their children, it will make all of it worth while and those words are, “I LOVE YOU, MOTHER.’”