Since the month of March has been designated Women’s History Month, allow me to take this opportunity to brag on some of the very outstanding women of color that we have right here in San Antonio, Texas. Now I don’t mean to offend my fellow brothers of color, but we have to admit that over the centuries we’ve had some awfully dynamic sisters. As far back as Phyllis Wheatley the great 18th Century poet through the 20th Century, our women have always been out front in our struggle to overcome prejudice, racism and bigotry. I’ll refrain from trying to name them all, for fear I might leave out too many.

With the advent of the 21st Century that trend of strong, charismatic women continued. First Lady Michelle Obama has given this country a real lesson in class, dignity, brains and a compassion for all people. And I am proud to proclaim that we do have a number of women who emulate First Lady Obama right here in San Antonio. Allow me to share with you, the reader, a few of those outstanding women.

The two matriarchs of the Black culture in San Antonio are Aaronetta Pierce and Ruth Jones McClendon. These two pillars of the community have been leaders in the arts and in politics respectively for over thirty years in this city. Ms. Pierce has been a strong advocate for arts and has served on numerous boards over the years. She was a very close friend to the late great Maya Angelou, who loved to come to San Antonio to write. Ms. Pierce was the first Chair of the Martin Luther King Commission that organizes the march every year on the great man’s birthday. Because of her outstanding leadership on that committee, San Antonio has the largest and most effective King Day March in the country.

Former State Representative Ruth Jones McClendon has been the premiere Black office holder in the city. She served on the local city council for two terms and has been State Representative for District 120 of the Texas House of Representatives since 1994. In those years she established an impeccable record as an effective legislator for the Eastside of San Antonio, which encompasses a high percentage of the Black population. She recently retired because of failing health. 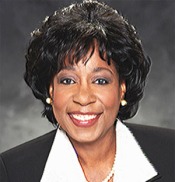 Following in the footsteps of these legendary women are two new and refreshing Black women ready to take over the helm of leadership, both acknowledging that they follow on the shoulders of giants. Mayor Ivy Taylor accomplished the unthinkable when she won the office of Mayor in a hotly contested race in a city with only a 7% Black population. I have written about her accomplishments in a previous post on this blog in which I pointed out how proud she made us with her victory.  Mayor Taylor has an excellent career in front of her that could possibly lead to the governor’s seat in Austin. 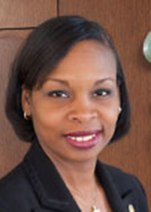 Barbara Gervin-Hawkins, sister to the legendary great NBA Basketball star, George Iceman Gervin, is the other woman of color who is a rising star in the political world. She is now in a two-person runoff for the vacated Legislative seat previously held by Ms. McClendon. Her opponent is an ex city councilman who has been removed from the political scene in the city for many years. You might call it his “last hurrah” for notoriety. Ms. Gervin-Hawkins has a proven track record as an effective organizer of a number of successful operations that have been of great help to the residents of the district. She is the Executive Director of the George Gervin Academy, a school that has welcomed young people who have been removed from the public school system, and need a helping hand to get their life in order. The Academy has graduated over one thousand students with high school diplomas and now these young people have gone on to build productive lives.

Mayor Taylor and Ms. Gervin-Hawkins are only two of a larger number of women of color in San Antonio who are making a difference in the lives of the young people in the African American community. Hopefully, as these two new dynamic leaders move forward in their careers, they will never forget that they are the recipients of the dedicated work by such women as Fanny Lou Hamer, Ella Baker, Shirley Chisholm and of course Barbara Jordan. If they prove to be as competent leaders as these stellar women of color, then we all can be assured that our communities are in good hands. 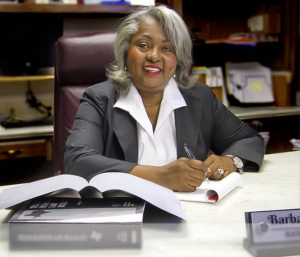