In a recent article in Huffington Post, Zeba Bay, from Voices of Culture, wrote an article on the FOX television series Empire. The title of her article was, “How Empire Broke Down Stereotypes By Embracing Them.” Ms. Bay argues that the value of Empire is that it allows us to combat stereotypes by accepting and embracing all versions of ourselves and acknowledges that blackness is not a monolith. She considers Cookie Lyon an important deviation from the polite characters that have traditionally been acceptable for television. She points to Clair Huxtable as the prototype character who fits that categorization.  She then suggests that Clair represents an unbelievable standard by which to measure characters and it is unfair to do so. In a most extraordinary statement, Ms. Bay then writes that Cookie, “Is a new kind of Black woman on television and she is one that we desperately needed.” 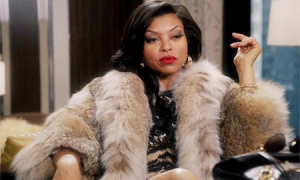 I don’t really know where to begin or better still should I even bother. I guess if Ms. Bay had the need to write that a street-hustling, dope-selling, finger-popping, filthy-mouthed, weave-wearing con, who spent seventeen years in jail, is the new kind of Black woman maybe I should just leave it alone. But to suggest that we embrace stereotypes as a way to deal with them is just a bit much. Using her logic, then our ancestors should have accepted the stereotype portrayals of them in minstrel shows and early movies like Birth of a Nation. At the turn of the century, whites accepted those kinds of stereotypes so that was reason enough for our ancestors to reject them as they did. Minstrel shows used skits and songs performed in an imitation of Black plantation dialect. After the Civil War, white minstrels concentrated their portrayals on the nostalgic stereotype of “Old Darkey.”

Blacks were depicted as carefree, caught up in a life of constant child-like singing, dancing and frolicking. In 1906, Fred Fischer, sold over three million sheet music copies of his first hit, “If the Man in the Moon were a Coon.” The coon was not just the traditional ignorant and indolent figure for derision, but he was devious, dangerous, and sexually on the prowl.  Blacks were even allowed to perform in minstrel shows only if they identified themselves as the “real coons.”

Minstrel shows reinforced the perception of the hat in hand, the downcast eyes, the shuffle and scrape, the fumbling words, the head scratching and grin description of the Black man. Whites lined up outside in order to get into theaters to see these insulting acts performed for the entertainment at the expense of an entire race of people. The perception that white audiences had of the Negro was of a clown. The theatrical darky was childlike; he could be duped into the most idiotic and foolish schemes…his songs were vulgar and his stories the most gross and broad; his jokes were often on himself, his wife or woman. He was slow of movement, or when he displayed a quickness of wit it was generally in flight from work or ghosts. (Nathan Huggins, Harlem Renaissance, Oxford University Press, New York. 1971 pg 251) Unfortunately Black Americans could do nothing but stand by and observe the deracination of their culture and character. Now we have Empire, which is nothing more than a modern day sophisticated version of the stereotypes of the past. For Ms. Blay to suggest we embrace the stereotypes as a means of dealing with them is an insult to our culture.

I imagine many of the seventeen million viewers of Empire last year were white and they probably embraced the stereotypes running rampant in that television series just as their ancestors embraced the perceptions of Blacks back in the 19th Century. And like Black folks in the past, isn’t that sufficient reason for us to reject them now.

On September 15, 1963, four little girls walked into their church in Birmingham, Alabama expecting to socialize a little, learn about Jesus a little and go home to prepare for school the next day. But instead, they never made it through the morning.  Their frail, innocent, young bodies were blown to pieces from a bomb planted at the base of the Sixteenth Street Baptist Church, by a professed white racist.  Later in the afternoon, two young boys riding their bikes, innocent of what happened at the Sixteenth Street Baptist Church, were struck down by bullets fired from the guns of friends of the culprits, who detonated the bomb at the church.

When the bomb exploded at 10:22 a.m., the four young ladies were in the basement lady’s room talking about the beginning days of the school year. That particular Sunday happened to be Youth Day at the church, and they were also preparing to run the main service at eleven o’clock. The four girls, Denise McNair, Addie Mae Collins, Cynthia Wesley and Carole Robertson, all dressed in white, were excited about the adult roles they would play in about twenty-five minutes. In a bitter twist of irony, a Women’s Sunday School Class upstairs in the sanctuary was discussing the topic for the week, “The Love That Forgives.”

Inspired by the bombing at the church, later that day a white police officer shot Virgil Ware in the back while he was riding his bike, and Johnny Robinson was shot by a good old Eagle Scout, Alabama version, vintage 1963.  On that particular Sunday morning, while the world paid homage to God, six young Black children fell victims of a vicious, racist cult that has existed in this country since its inception back in 1787.

There is a sickness that dominates America and just refuses to go away. It’s called racism. Now that term has become one of the most misused words in our lexicon of terms.  Contemporary users of the word state that almost anyone can be a racist. However, the historically correct definition states that racism exists when one race of people assume their superiority over another race. The feeling of superiority is simply a form irrational thinking that leads to brutal acts of violence. That certainly has been the case of white relationship with blacks over the course of American history. One of the most blatant examples of,  “the power of irrationality in men,” occurred on that Sunday morning in Birmingham, Alabama.

At the funeral days later for three of the girls (Carole Robertson’s parents decided to have a separate funeral for her), Dr. Martin Luther King, Jr., reiterated and elaborated on what the women’s group had been discussing when disaster struck. He would stress the value of love and forgiveness as requisite for the Christian Church. Love and forgiveness were also critical components in Black America’s struggle against racism. The fact that an aggrieved Black population did not strike back, and possessed the willpower to forgive the murderers is a testament to the strong spirituality, endemic to the Black race. Dr. W. E. B. Du Boise wrote about it as a unique quality that Black America has given to all civilization. That our family members sacrificed that day at the altar of evil is true personification of the forgiving nature or our people.

The combined six deaths served to connect the Black experience from the time our forebears first arrived in this country in chains until today. Their murders were an awesome sacrifice that serves an awesome purpose. The four young ladies and two young boys’ legacies in death are our challenges in life. It is quite obvious that other races can learn from our experience on how to be forgiving, and actually believe that by loving your adversary, you also love yourself.  For years after the tragedy at the church and on the streets, Black folk turned inward and discovered who they were and how God had blessed them with an inordinate amount of courage and dignity, through times of suffering.

We must never lose that special quality that is the foundation of our culture. We owe it to Denise, Carole, Addie Mae, Cynthia, Virgil, Johnnie and all the other martyrs who have gone to their death, at the hands of evil. With the attacks on our culture we are witnessing today in media and books, it is now time for a new renaissance among our people. Like the great sphinx rising out of the ashes of destruction, we must rise once again and reject those forces of greed, narcissism, and nihilism that would bring us to a point of cultural annihilation.

Additional Note: Much of this post was gleaned from the essay, “The Love that Forgives,” I did with my daughter, Carrie, for the anthology, Black Is the Color of Strength. For more very cogent and well-written essays about our culture and race, you can purchase the anthology through Amazon.com or by visiting Prosperity Publications website at www.prosperitypublications.com.