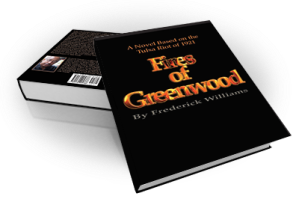 Did you know that on the morning of June 1, 1921, over 7500 White Tulsans crossed over the Frisco railroad tracks into the African American section of the city and slaughtered over 300 men, women, and children?

Did you know that kerosene soaked explosives were dropped from low flying airplanes onto the African American community that same morning? It was the very first time that planes had been used to destroy people and property within the continental United States.

Did you know that every business building and all homes were fire bombed and burned to the ground in a 34 block radius of Black Wall Street?

Did you know that after the attack, approximately 7,000 African American citizens were locked up in a concentration camp environment in their own country?

Did you know that the Black Veterans of World War I put up such a valiant fight that the racists in Tulsa never attempted to lynch another Black man in that city?

Did you know that out of the carnage and destruction rose a number of courageous Black men and women who we all should, today, consider our heroes?

If you had no knowledge of the Tulsa Riot of 1921, then you should make it a priority to purchase, Fires of Greenwood, an outstanding fictionalized version of that triumph and tragedy that happened on June 1, 1921, in the community known as Black Wall Street, in Tulsa, Oklahoma.

The novel is available on Amazon.com or Barnes and Noble.com or if you would like an autographed copy, please contact the author, Frederick Williams at fredwilliams@satx.rr.com. 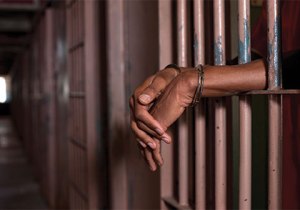 If your goal is to eradicate an unwanted segment of your population then the following steps are in order:

1.  First you must make the people you want to remove from your society believe that they are void of any foundation, they have no heritage, no past history with any meaning. You convince them that their ancestors lacked any intrinsic value to add to the human experience. Their only purpose for existing was to serve a superior race of people.

2.  Second, you convince them that the color of their skin, their features, their hair and lips are ugly and grotesque to look at. You create caricatures of them that are demeaning, portraying them as buffoons and dummies, cowards and weaklings.

3.  Third, you disrupt the moral fabric of the people by attacking the virtuous nature of their women. You show them as lascivious, licentious, and lacking any moral values or angelic qualities. They are “loose” women willing to sleep around with married men (“Scandal” and “Being Mary Jane”) and have sex for profit. You show the men as beast, sexual predators and a danger to the civilized world.

4.  Fourth, you convince the people that their future is built within a paradigm of wealth and greed, and that race pride is of no immediate significance to their survival.

5.  Finally, you accomplish your goal through the media, to include books, television, movies and music. Soon these people will begin to act out these roles so that life begins to imitate fiction.